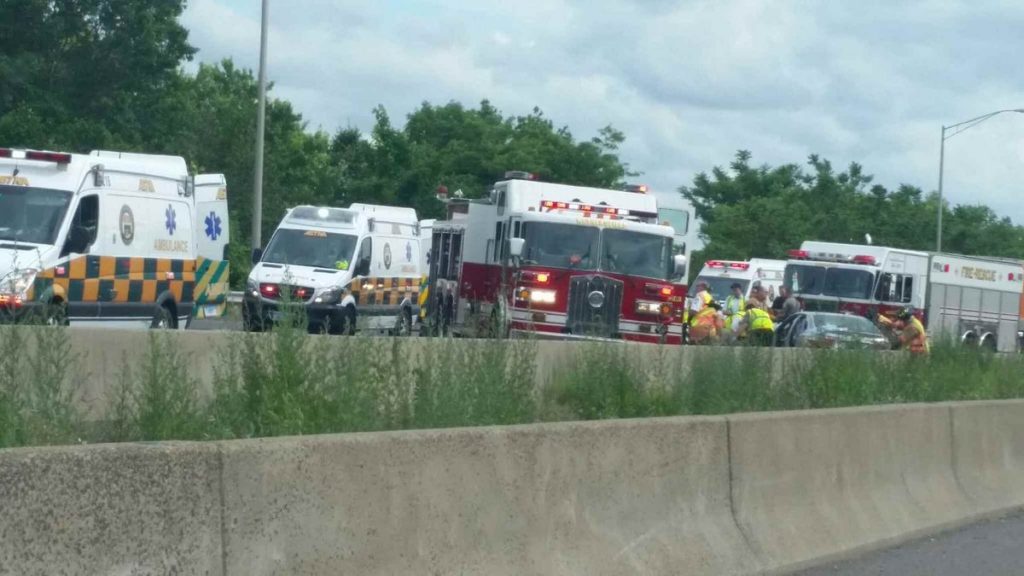 ORIGINAL ALERT — Aetna Ambulance is responding to a motor vehicle accident on I-91 North at exit 24 in Wethersfield. Four ambulances are enroute as is an Operations Supervisor for coordination. Reported as six patients, two possibly critically injured at this time. Time of call 1551.

UPDATE – Two patients transported to Hartford Hospital. Four to Saint Francis Hospital, two of which were receiving advanced life support care as of 1622.