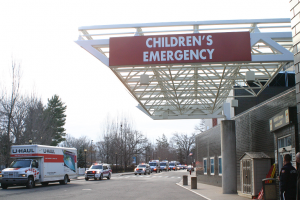 Aetna, ASM and CSP arrive with a UHaul full of toys

Tens of thousands of toys were collected from Dec. 15 through Dec. 18 at Toys R Us stores in Manchester, Newington and West Hartford. The toys were delivered to the medical center via State Police cruisers, ambulances and a box truck. A portion of the gifts were given to children throughout the inpatient and outpatient areas of the medical center on Wednesday, but most will be used to give each child brought to the Emergency Department this year a toy. 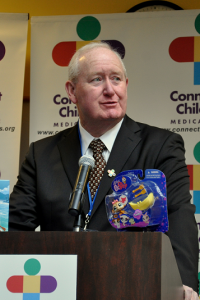 Troopers and ambulance crews volunteered more than 200 hours collecting new toys, games and stuffed animals outside Toys R Us stores in Manchester, Newington and West Hartford. In addition to the toys, this year’s event raised a record $17,000 to support the Emergency Department.