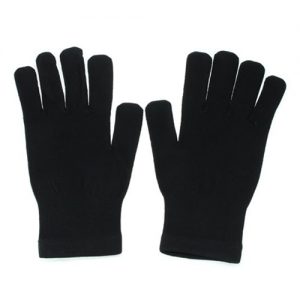 HARTFORD –  On December 10, 2016, Aetna Ambulance received a letter from Hartford Hospital’s Management Team, regarding the exceptional actions of Paramedic, Nick Foran. After noticing his kind gesture (depicted below), Karen Teixeira, a triage nurse, drafted a letter to the Hospital’s Management Team. Her letter prompted an outpouring of gratitude and self reflection from Danette Alexander, Nurse Director of Emergency Services. Read both the letter and note below.

The letter from Karen Teixeira:

A medic from Aetna brought in a homeless man tonight that was seen and  released.  Later, this medic came up to me asking where the patient was; I looked in the tracker and told him that it looked like the patient had been discharged. He was disappointed.  He then told me that the patient was homeless and that all of his clothes were wet, especially his gloves. I noticed the pair of gloves in this medic’s hand.  I asked him if they were for the patient, he said they were. I told him that he may be in the waiting room because we typically allow homeless patients to stay in the reception area if the weather is cold.  He proceeded to look in the waiting room and found the patient. He was relieved that he was able to find the gentleman to give him a pair of dry gloves so that he wouldn’t get frost bite.

The note from Danette:

This is a beautiful story.

I believe it is our mission:  To help.  To help in any way we can.  It is not a little thing to allow the homeless a warm shelter—even for just a few hours.

The empathy shown by this medic was not a little thing.

It is the only thing.

I try to learn each day so I can be a better person.  Not just for me or my family, not just for all of you but I try to be better so I can help those who need us most.

Sometime it is overwhelming to look at all the people who need us. It is often daunting to the ED; the needs of all the service lines and the patients who makeup each of these patient populations.   It is disheartening to listen to feedback from people that feel we fell short of their expectations.

But you need to know how proud I am of all of you and the work you do every day.  Try not to be overwhelmed.  We will help each patient.  One at a time and do the best we can.

Just keep looking at the one.  We will be ok.