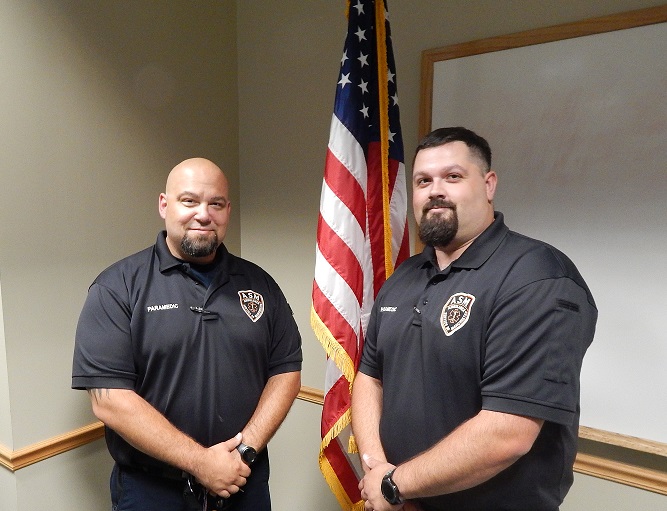 MANCHESTER – As of June 13th, 2018, ASM’s David Tedeschi has been cleared by Eastern Connecticut Health Network medical control for independent dispatch as a paramedic to the towns that ASM serves. His preceptors were Paramedic Supervisor Josh Traber and Paramedic Greg Derosier. Dave was hired at the Ambulance Service of Manchester in December, 2011. He offered the following sentiment regarding his time at ASM:

I started working at ASM about 7 years ago. After spending time as an EMT, I wanted to do more in the medical field. I decided to enroll in the Capital Community College Paramedic Program and graduated this past December. I look forward to practicing medicine as a paramedic in the area that ASM covers. I want to thank my preceptors for their knowledge and guidance during my journey.

As with all precepting phases at ASM, his final approval came from Eastern Connecticut Health Network after shadowing him and his preceptors in the field as they responded to emergency calls. On behalf of the ASM Family, we would like to wish Dave the best of luck and say we are very proud to have such skilled professionals on staff.