DANIELSON — In September 2013, Quinebaug Valley Community College released its Fall 2013 course catalog with ASM EMT Nick Raiola prominently displayed on the cover. QVCC sought out Nick as a former student now working in the field for which they received training from the college. Nick can also be seen on their homepage as linked above. 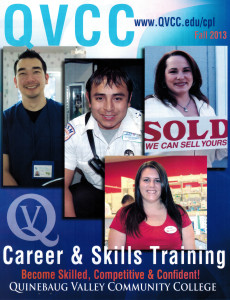 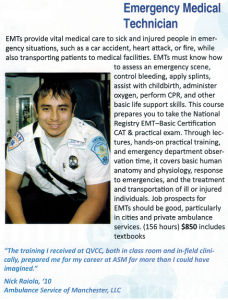