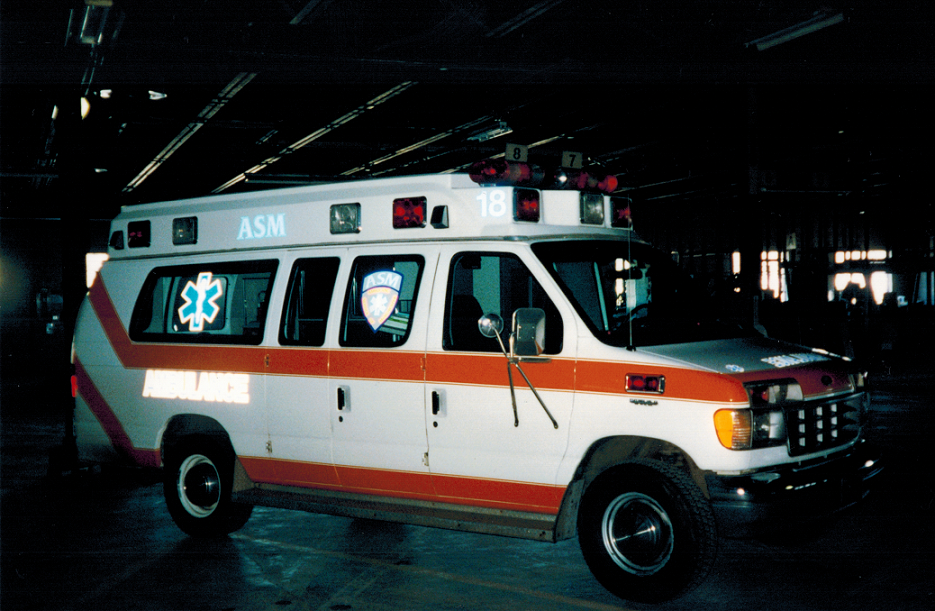 Many current employees remember working in this version of 518.

MANCHESTER — Preparation for the renovation of space once occupied by Marcus Communications continues. Currently the construction crew is working on cutting through concrete and digging trenches to reroute the septic drainage system.

The current plan is to have the main entrance be on the south side of the building with a main hallway through the center. The renovated space will likely include additional training and simulation areas, a relocated locker area, new offices, a medical supply staging area, and two new restrooms. The plans remain fluid. Trenches for septic drainage and rough-outs for the new bathrooms can be seen here:

Water leveling the gravel base in a drainage trench

Old Marcus office stripped to the studs, trench in foreground

Water flowing to level the gravel within the trench 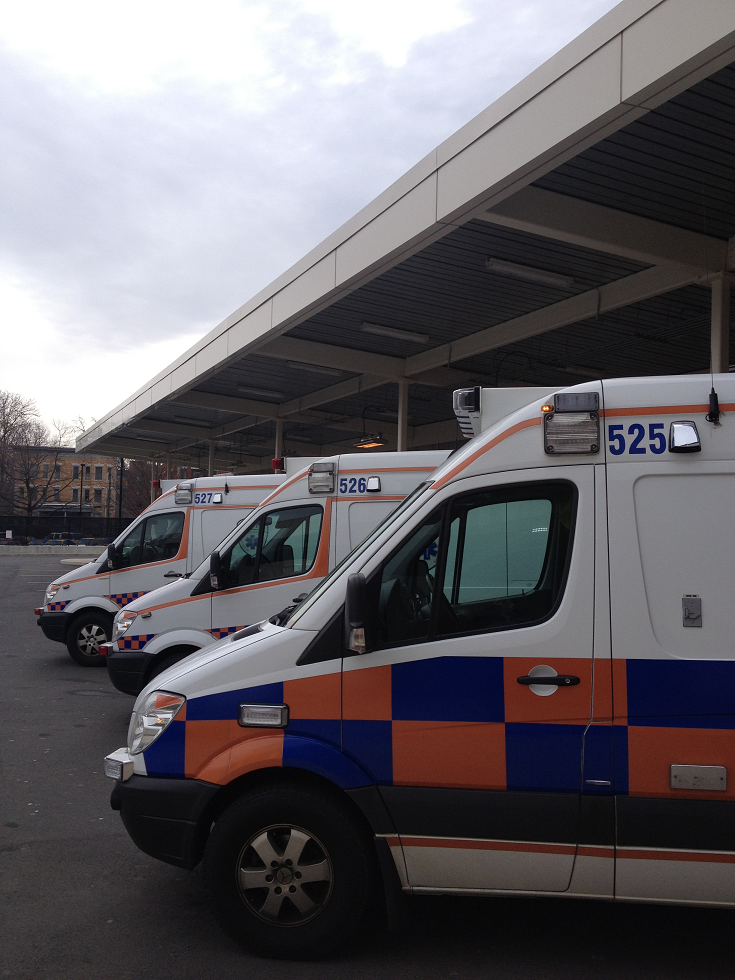 HARTFORD — Given the current size of the fleets, it is statistically unlikely that three ASM or Aetna ambulances would be seen in sequence anywhere outside of one of the main offices. This picture was taken outside of Saint Francis Hospital’s emergency department in March 2013. 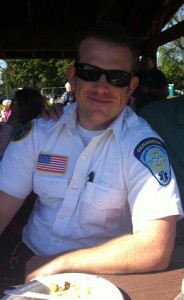 HARTFORD — Aetna’s Steve Matters will be going “under the shears” to raise money or children’s cancer research as part of a St. Baldrick’s fundraiser.

According to the St. Baldrick’s website, “In the 1950s, almost all kids diagnosed with cancer died. Because of research, today about 85% of kids with the most common type of cancer will live. But for many other types, progress has been limited, and for some kids there is still little hope for a cure. St. Baldrick’s is the home of the head-shaving event. It’s an easy and fun way to raise money for a very serious cause—like a walkathon, but without the blisters.”

Steve writes, “I will be getting my beautiful hair completely shaved for this event. To donate a small amount or learn more about St. Baldrick’s you can visit and donate on my secure site at: http://www.stbaldricks.org/participants/mypage/603588.” 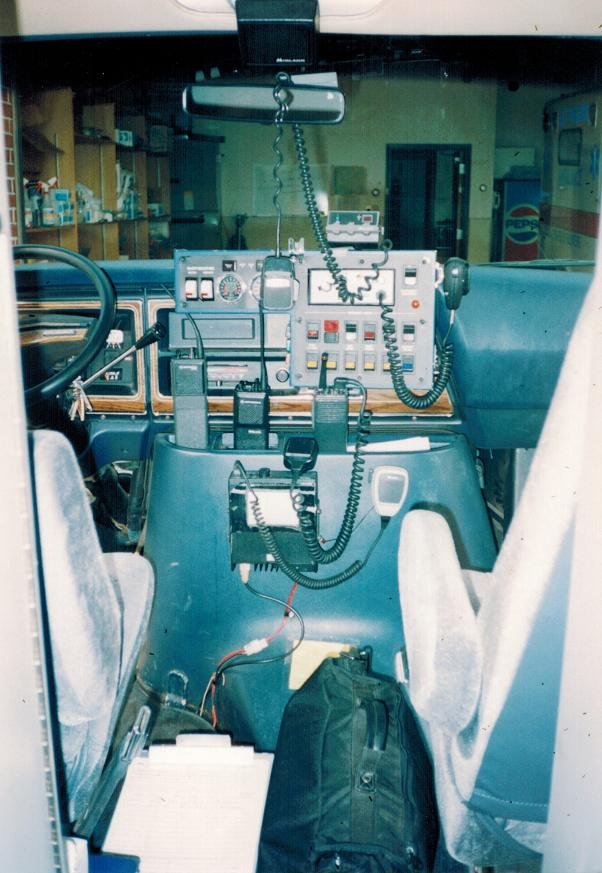 The cab of a 1980’s Manchester Ambulance. 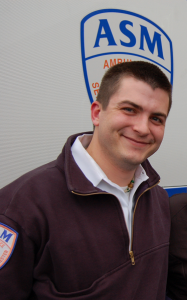 MANCHESTER – As of March 8, 2013, ASM’s Ryan McConville has been cleared by Eastern Connecticut Health Network medical control for independent dispatch as a paramedic to the towns that ASM serves.

Ryan’s preceptors were Supervisor-Paramedics Bob O’Neil and Melissa Osborne. The full precepting phase can take ten to 12 weeks or more as the paramedic is prepped for the realities of the field. As with all precepting phases at ASM, Ryan’s final approval came from Eastern Connecticut Health Network after shadowing Ryan and his preceptor in the field as they responded to emergency calls.

Ryan started at ASM as an EMT Basic, obtained a certification in and 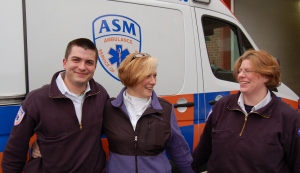 worked as an EMT Intermediate and obtained his paramedic training at Capital Community College.

On behalf of the ASM Family, we would like to wish Ryan the best of luck and say we are very proud to have such skilled professionals on staff. 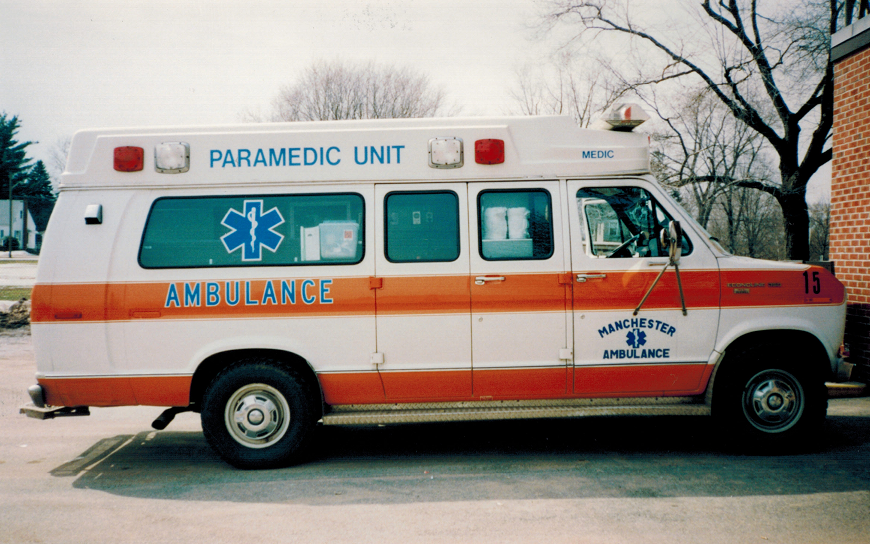 MANCHESTER — An ASM Paramedic Unit at a point in time when the company was known as Manchester Ambulance. Note the towel roll head blocks visible in the window. 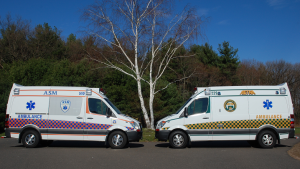 Words That Describe Us: Volume 21